Pumping and bottlefeeding. Now pumping three times a day, Mom had enough milk to donate 500 ounces to a milk bank.

Quan's daughter had latch difficulties from birth and preferred a bottle.  Although she nursed for the first three months, Quan had sore nipples and her daughter never emptied her very well.  During this time she had mastitis (treated with Clindamycin), and supply problems, which she resolved by taking fenugreek, goat's rue and pumping after feedings for two weeks.  Since she was pumping after feedings to empty, Quan gradually found it easier to just pump and bottle feed.  For the first three months, she pumped and nursed seven--occasionally six-- times a day. 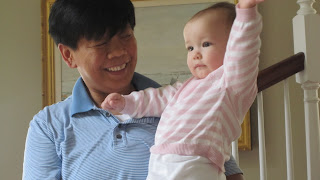 Then she transitioned to pumping five times a day.  When she was able to maintain her supply doing this, she began to pump four times a day, and now--at seven months, she is pumping three times a day. She gets approximately two five ounce bottles each time.  Her baby is exclusively breastmilk fed.  Her supply, even though she is exclusively  pumping, is substantial.   She donated 500 ounces to a milk bank in April. Quan plans to wean at a year.
Posted by Lorna at 8:37 PM No comments:

No Latch for Six Weeks--premature baby in NICU

Hudson was born at 37 weeks and went to the NICU due to lung immaturity.  Breastfeeding was delayed, and when he did nurse, Hudson would only latch with a shield and didn't take a full feeding. 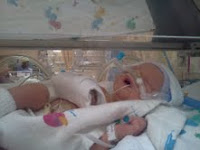 Rachel pumped for several weeeks, but gradually phased out pumping to two times a day as she became discouraged about breastfeeding.  She also had a 17 month old baby,  whom she had nursed for 10 months, so there was little time to pump.  Rachel was only pumping three ounces a day when we met.

We latched Hudson using self attachment techniques, and he nursed very well, taking a full three ounces at breast.  However, that week, Rachel was unable to get him to latch herself, and just used a hand pump--getting only two ounces a day.  She almost cancelled the next visit. 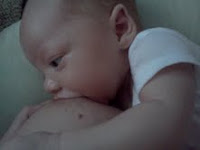 The next time, however,  Hudson--a determined boy-- again latched on, and this time took two ounces at breast  after we had given him a little formula first, since he was hungry and her supply was low.  Rachel was then able to latch him herself on the second side, and continued to do so.  She emailed later saying she had latched him well herself, as evidenced above. 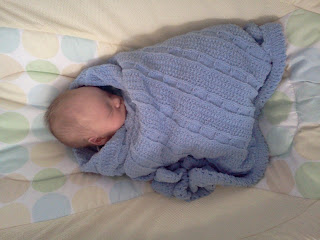 She is going to continue to nurse him after giving him partial formula feeding first, while she uses supplements and medication to increase her supply.  He seems to be enjoying the change, and so is she.
Posted by Lorna at 9:11 AM 2 comments:

Working and Pumping--Pumping/Nursing schedule of a working mom with a seven month old baby.

Chrissie gets up at 5 am.  She and her husband Kevin dress and feed the children (Sean and his brother Will, who is 2 1/2) and get them ready for daycare.  Kevin takes them to daycare before he starts his work day.  At 7am, Chrissie is on the train for work.

Pumping Schedule:  She uses a Medela FreeStyle Pump, which she brings with her to work.  She pumps 25 ounces a day, and nurses Sean at bedtime and when he wakes up at night.  There is often some milk left over, which she freezes.  Her first pumping is before she leaves for work.  She gets the most milk then--10 ounces.  She pumps again in the afternoon, before leaving work, and then in the evening after Sean goes to bed.  Each of these pumpings is 5 ounces.  She usually pumps in her office, although she does have a lactation room where she works.  the milk is kept in a cooler pack and brought home in the evening with the pump.

Storage--Milk is stored in freezer bags which are organized into gallon ziploc bags.

Sean drinks a 6 ounce bottle in the morning, and three six ounce bottles at daycare.  He doesn't always take the third bottle.  He nurses twice more--before bed and when he wakes at night. 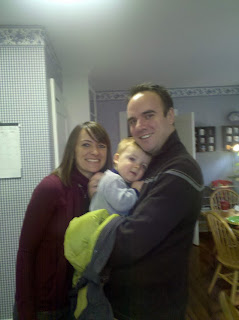 Sean has never had formula, although Chrissie returned to work when he was three months old.
Posted by Lorna at 2:06 PM 1 comment:

I have known Dr. Richard Viscarello since my early days as a postpartum and nursery nurse, where he was respected as the obstetrician who delivered healthy term babies to moms who have had difficulty getting or staying pregnant. That’s what he does, and he does it extraordinarily well.
I did two clinical rotations in his office when I was a nurse practitioner student at because I wanted to learn from the best.  As a lactation consultant, I have worked with many of his patients, and these mothers have often had difficult obstetrical histories—miscarriages, stillbirths or infertility or health problems.    Many have tried for years to have a child.   He helps give these women healthy babies, and does so with attention and caring that has earned him a devoted following.   To say that these mothers worship him is not an overstatement.
His office and staff cover all bases, and mothers are checked and rechecked to make sure that their pregnancy progresses well.  Dr. Viscarello is also there for the difficult times with respect, compassion and honest caring.  I have heard so many stories of his being there at a crucial time with the right words.  Women don’t forget what he has done for them.  He’s a good person.
It is sad that he is the victim of a malpractice lawsuit.  I do not know the details of the case, although apparently the first trial ended in a hung jury.  After being in perinatal medicine for 20 years, I do know that there is much that is not known about cerebral palsy, including when the damage occurs.  I would trust my life and that of any member of my family with Dr. Viscarello.   If he couldn’t help her deliver a healthy baby, no one could.
Posted by Lorna at 3:54 PM